There was drink, drugs, parties and countless arguments throughout our 18-year relationship. Ian would binge drink and go missing for days. He would completely lose control and this pattern continued for years. Addiction was always there, but when you are in your 20’s and there are no responsibilities, it isn’t obvious.

Ian’s first assessment for Tabor Group was around 2007/2008. When a bed became available, he wouldn’t take it and that’s when everything came to a head. We ended our relationship and cancelled our wedding, which was due to take place in April 2008. We then put our house up for sale.

As months passed, we knew we still loved each other so we began to rebuild our relationship. We moved back in together and tried to make it work. He was sober for seven years; in that time, we got married and had two adorable children, Mia and Tom. For about five of the seven years, Ian drank non-alcoholic beer but he was still taking tablets so, looking back, he was never really sober.

In May 2015, Ian relapsed. Although everything had been great for a period of time, the addiction started to creep back in. Now that I was older and had two children, things were different. I became increasingly worried and would ask myself: ‘Where is he? Who is he with? What is he doing?’ When he went out with friends, I would always wonder when he would come home.

I could see the addiction taking over his mind; I could see he was beginning to forget about his wife and children. That’s when my anger, anxiety and sleeplessness began to take over. It affected the entire family – my family and Ian’s family – but he continued to blame others, lie and create excuses.

Ian had a second assessment for Tabor Group in March 2017. When a bed became available, he refused to take it and instead attended a non-residential programme, which he dropped out of after 10-weeks. Ian’s denial would set in and he would claim: “Nothing is wrong with me now, I’m fine and it will never happen again.”

As time went by, the situation got worse. My sleepless nights, anxiety and stress took over my life. My anger got out of control, my attitude changed, my happiness faded. We began having arguments in front of the children, we both lost control and our lives were chaotic. I realised my mental health was suffering and that I needed help.

I started counselling in March 2017. It taught me how to understand addiction and that I needed to take a step back and start looking after myself. I then took up reiki and reflexology.

Ian’s third assessment for Tabor Group came after a massive drink and cocaine binge. He missed his daughter’s birthday. I had to report my husband missing to the Gardaí. I felt ashamed, angry, hurt and powerless. I was relieved that Ian decided to get help through Tabor Group, on February 2nd 2018.

I always thought that Tabor Lodge was a programme for the addict, I never thought there was a programme available for the family too. I remember feeling so nervous and uncomfortable going to my first family day. By the second week, I had learned a lot about addiction, denial, co-dependency and enabling. I started to learn about myself and the role I was playing with Ian’s addiction. I remember one phone call with Tabor Lodge’s Clinical Director Mick Devine. I remember distinctly the words he said:

On March 4th 2018, Ian came home. I still had a lot of anger, hurt and a lack of trust. I was very nervous but hopeful for new beginnings. I agreed to take part in the 12-week Family Aftercare Programme. I thought it would be good for me to listen and learn from other people’s stories and to feel like I wasn’t alone.

I began to understand that it wasn’t just about Ian’s recovery, it was about mine too. I learned about the relapse warning signs and as the weeks passed, they began to appear. Gambling and tablets began to take over and when I addressed the matter, he became defensive and argumentative. I suggested a meeting and/or counselling at Tabor Lodge, but he wouldn’t agree to it. He stopped his programme after nine weeks, I continued mine.

We began having arguments again; it was physically and emotionally draining. I was fighting against addiction and getting nowhere. We realised we were in two very different places in our lives and for the sake of our children, we agreed to part ways.

A lot has happened in the past year. There was a lot of heartache and uncertainty, but with my weekly Tabor Group and one-to-one counselling sessions, I feel like I’m finally getting my life back on track.

I love Ian and I will always love him, but I do not love his addictions. He is sober since the start of 2019, so hopefully this will be the start of a new, healthy recovery for him. He is very much involved in the children’s lives and they love him dearly. I can’t tell what the future holds but I do know at this moment, this is the best situation for us both. I still enjoy reiki and reflexology every six weeks. I feel so much stronger now. My children are happy and have adapted to our new way of living now. They are very intelligent children and I’m very proud of them.

I feel content and I believe that I am making the right choices. I am in a good place right now and I intend on keeping it that way. 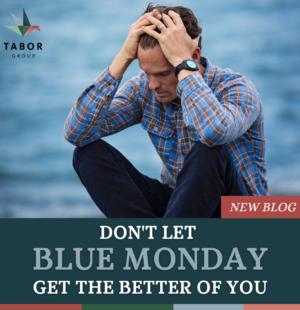 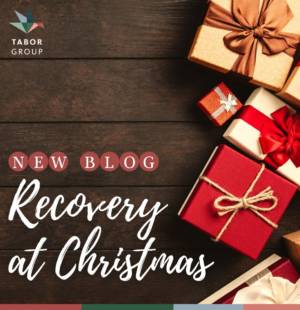 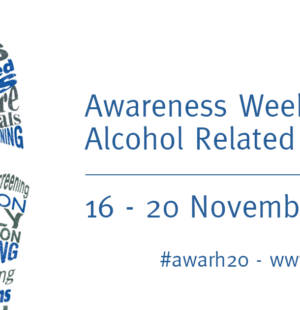 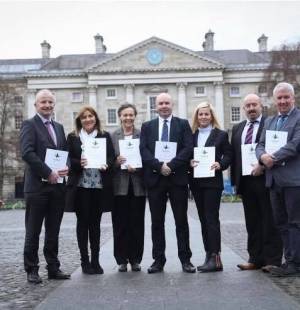